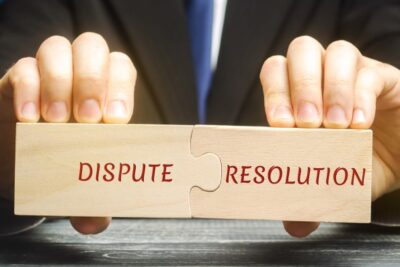 We Solve Tax issues and we Resolve Tax Disputes

We Understand how CRA Works

With high tax rates, significant penalties, and complex rules, the Canada Revenue Agency enforces tax compliance in Canada. The CRA has the authority to conduct audits, examinations, tax investigations, which could lead to excessive tax reassessments.

To solve your tax problems or resolve a dispute, you need a professional with extensive knowledge of the tax legislation. But you will get the best service if your representative has an in-depth understanding of how the tax agency works.

Our principal worked as a small business tax auditor and criminal investigator for 12 years with the CRA. He conducted over 200 tax audits and participated in several investigations for tax evasion.

Boris Davidkov, CPA, CGA, knows how the CRA operates. He is familiar with CRA manuals and all procedures that the Agency must follow during the audits, investigations, and appeals processes.

His background and tax expertise make our accounting firm unique and competent to resolve the CRA’s most common tax disputes.

Every organization has its strengths and weaknesses, and the only way to learn about them is through experience. 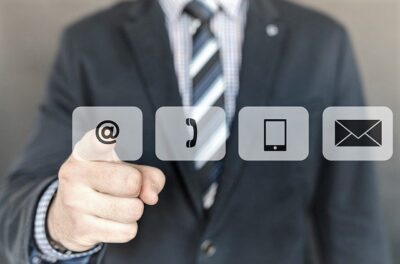 we Prepare and File Notices of Objection

This opportunity allows you to receive an impartial review of the Agency’s position by its Appeals Division and is often the final step to resolving many tax disputes.

Our Firm provides you with comprehensive assistance during the objections process. We will obtain the tax audit file, and we will review all the documents, reports, memos, and working papers for weaknesses and discrepancies.

We will work together with you to gather evidence supporting our position, and we will prepare a valid and convincing Notice of Objection.

We will negotiate with the Canada Revenue Agency to resolve the tax dispute as favourably and economically as possible to reverse or reduce the penalty, interest, and tax owing.

We assist during the Appeal Process

If you exhaust the objections process and you disagree with the Canada Revenue Agency (CRA), you have the right to challenge their decision in court.

Filing a Notice of Appeal with the Tax Court of Canada allows you to have your tax issue reviewed outside of the CRA.

It is important to note that many tax court appeals are settled by the Department of Justice before trial.

If you exhaust the objections process and you disagree with the Canada Revenue Agency, you have the right to challenge their decision in court.

Filing a Notice of Appeal with the Tax Court of Canada allows you to have your tax issue reviewed outside of the CRA. I

t is important to note that the Department of Justice settles many tax court appeals before trial.

At this stage, we reassess your case and if and discuss with you the next steps. We will help you find a tax lawyer, and we will work closely with him until the trial.

The mission of the Appeals Branch is to produce a fair and impartial process to resolve tax disputes arising from tax decisions and Audits, and other services provided by the Canada Revenue Agency (CRA).

In cases where litigation becomes necessary, the Appeals Officer will collaborate with a representative from the Department of Justice.

The government of Canada has created to promote voluntary compliance.

Each taxpayer has the right to object to income tax assessments and reassessments.

Filing objections is the first step in the formal process of resolving tax disputes.

After the Notice of objections is filed, the Appeals Division will impartially review it.

Anyone can represent you and file an objection on your behalfs, such as a tax professional if they are authorized.

Collection procedures in regards to the disputed amounts

When you file an objections, the CRA usually postpones collection action on amounts in tax dispute for 90 days.

When the Notice of Appeal is filed, CRA usually postpones collection action on amounts in tax dispute until the Court mails its decision or ends your Appeal.

However, there are situations we the CRA postpone collection action on disputed amounts, such as for taxes you had to withhold and remit.

In all cases, interest will continue to accrue on any amount payable. You can pay all or part of the amount, and you will receive a refund with interest if you are successful.

If you lose your Appeal to the Tax Court of Canada, the CRA will resume collection action even if you appeal the Court’s decision.

However, CRA will accept security for payment while your Appeal is outstanding.

Limitations on the rights to object

In most cases, the taxpayer can object to any item in a reassessment.

The CRA Appeals Branch reviews the objection and will contact your representative to discuss the matter.

CRA will provide the documents related to the issues in dispute. Also, the Agency had to inform you of any discussions they had about disputed assessment or reassessment.

After considering all the facts, the Chief of Appeals will decide about the assessment/or reassessment/.

If the Agency agrees with your position, the CRA will adjust your tax return. However, if they disagree, they will send a notice to confirm the assessment was correct.

Appealing to the Tax Court of Canada

If you disagree with the objection’s decision, you can appeal to the Tax Court of Canada.

In general, the Tax Court of Canada has to receive the Notice of Appeal within 90 days of the date CRA notice of reassessment or confirmation of your objection.

The Tax Court of Canada is an independent court of law that regularly conducts hearings in major centres across Canada.

You can dispute the amount of federal tax, interest, and penalties under the informal procedure and penalties not more than $25,000 per assessment.

Each judgment issued by the Tax Court under the informal procedure will not be treated as a precedent for any other cases.

This procedure provides great flexibility to the Court and provides an opportunity to resolve the tax dispute at an early stage.

If you are interested in the informal procedure you have, you must indicate this in your Notice of Appeal or a letter to the Court.

You have to appeal in writing. The Appeal needs to explain the reasons and to state all relevant facts.

You can represent yourself, or you can choose another person (tax practitioner, lawyer or accountant ) to act on your behalf.

The informal procedure requires the CRA and the Court to comply with the following strict time limits:

The Tax Court Rules allow the judge to order us to pay part of your legal costs.

However, the informal procedure rules do not allow the judge to order you to pay CRA cost.

The only exception applies if your actions have caused undue delay in the resolution of the Appeal.

If you do not qualify for the informal procedure, the Tax Court of Canada will hear your Appeal under the general procedure.

Under the general procedure, you follow the formal court rules, such as:

Appealing to the Federal Court of Appeal

You can appeal a judgment of the Tax Court of Canada to the Federal Court of Appeal.

You have to file the Appeal within 30 days of the date of the Tax Court’s judgment.

Appealing to the Supreme Court of Canada

If you disagree with the decision of the Federal Court of Appeal, you can appeal to the Supreme Court of Canada.

However, you need to request and receive the Supreme Court’s permission.

Book a free consultation to talk about the tax disputes and objections process.